When responding to incidents related to Linux servers, there are many sorts of diagnostics that can be run. Unlike some cloud diagnostics, connecting to Linux servers will involve using node executors to connect. Node executors will be utilized by Runners with Runbook Automation or directly by servers with Process Automation (on-premise).
Node executors are configured as part of node definitions at the project level or per-node and then used as needed at job run-time by the Runner or server.

Often, Linux diagnostics are jobs composed of one or more command or script steps that gather data from the node about resources or services on that node.

The following examples are included in our Automated Diagnostics Project, which can be downloaded here (opens new window).

# Collecting resource diagnostics from the server 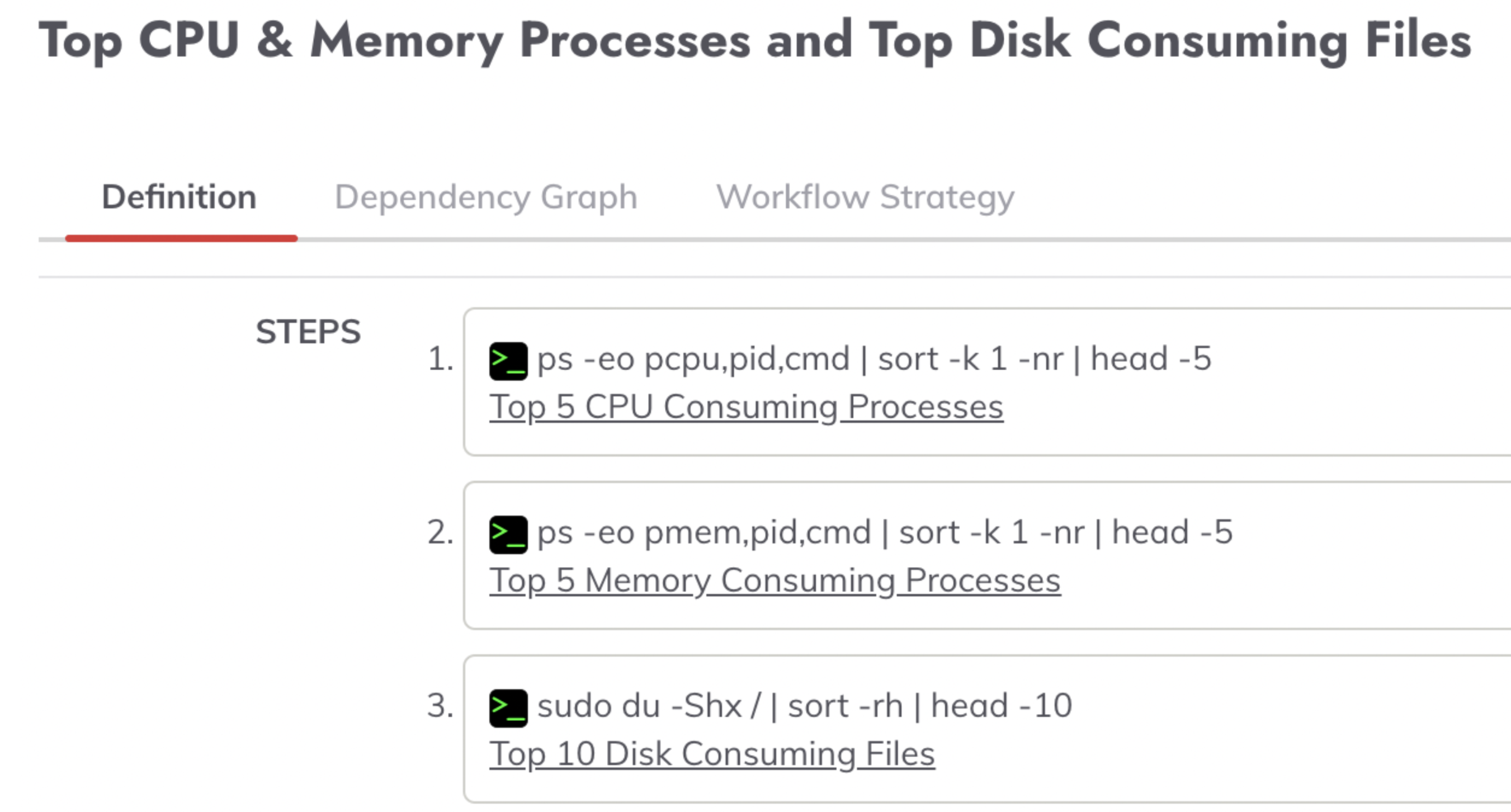 Process Automation and Runbook Automation offer multiple methods of communicating with Linux servers through the multiple Node Executors, such as these: